Dining and Restaurants in Nearby Tyler

Tyler is the largest retail and entertainment center in East Texas, and the largest between Dallas and Shreveport. And it's close to Canton First Monday and convenient for flea market shoppers!

Chipotle Mexican Grill is now located on an out-parcel on the east side of the Broadway Square Mall at 4751 South Broadway Avenue.

Other new restaurants include FD's on South Broadway, and Abuelo's Mexican Embassy at the Village at Cumberland Park. 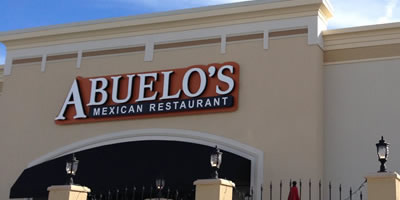 Click for a complete listing and map of Tyler restaurants

Copyright © 2020 • CantonTxFirstMonday.com • All Rights Reserved
This website is operated by a private entity with no connection to, or affiliation with,
the City of Canton, First Monday Trade Days, or any shopping venue